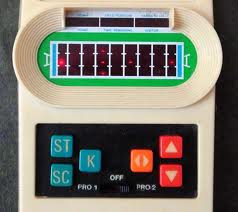 This week’s post is just fun. I find technology fascinating as I’ve witnessed the Internet evolve from my first shell account to the ubiquitous source and media it is today. It’s also been a blast to watch how technology has transformed the gaming industry. This week’s post is one of thousands of examples.

I’ve pretty much determined most kids dislike riding in the car. Unless they are under the age of two and you end up driving them around so they’ll go to sleep. After a certain age though, car rides are an experience in boredom. They’re stuck in the back seat, there’s nothing to do, and parents engage in the search to keep kids entertained until arriving at the destination.

I can’t read in the car because I get car sick. My daughter shares a similar affliction. My son simply doesn’t like to read. This being stated, I have the task to try to find avenues of enjoyment to avoid hearing the dreaded, “I’m bored.” Using electronic devices to accomplish this mission of enjoyment isn’t my first choice. If I had my choice car rides would be great sources of conversation and talks of their hopes, dreams, struggles, and the details of their day. However, let’s be honest. Most kids are more technologically savvy and “plugged in” than any other generation in history. They have become accustomed to electronic means of enjoyment. Try as I may, I’m not always the best at averting this need to play something during car rides.

While I could bemoan this reality, I’m reminded that I was the same way. I wanted to have something to occupy my time in the backseat as a kid. Yet, it’s fair to say that my entertainment in comparison to my kids is starkly different, simply due to technology then and today. When I was kid I played Mattel Football in the car. As you note the picture below you’ll realize how archaic this device is in comparison to modern standards. Just little flashing LED’s. The only color is red. The idea was to “run” past the other LED’s and score a touchdown. That’s it. And I played that thing until it died. I’m not kidding. The wires eventually broke off the 9V battery receptacle and after multiple soldering it finally just quit working. Yet, it was all I knew and I loved it. In comparison my kids often ask to play on my iPhone on the way to school. Ask is perhaps too kind a word. They beg to play, often arguing on who will play first. Noah has a favorite and again, for comparison’s sake, take a look at what he enjoys on a car ride to school. If I had played something like that as a kid my parent’s never would have pulled me from the back seat to head into church. I actually bought a reissue of the Mattel Football game a few years ago. I was playing it, kicking some LED butt, and reliving my childhood. Noah asked to play, enjoyed it for about a quarter, and replied “Dad, this is dumb.” Point taken. I sometimes wonder how much life would happen if we didn’t have screens in our life. In other words, how many conversations would take place if we weren’t constantly plugged in? The screens aren’t going anywhere though. As parents we’ll need to be as equally creative as game developers to engage our kids in real life. Don’t take my iPhone though… 🙂