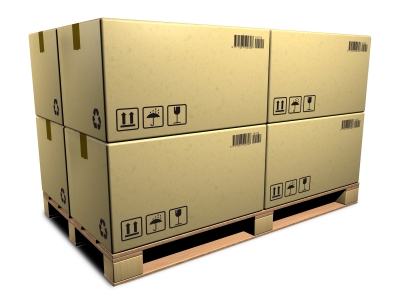 I don’t remember when or where I initially heard the quote that is the title of this week’s post. I believe it was a Leadership Summit… Anyway, I woke up thinking about it this morning as I’ve got a short week with a couple of days of vacation at the end to motivate me to get things done.

The quote is from Steve Jobs circa 1983. Steven Levy, in his book Insanely Great, tells the story of the quote:

Jobs’s speeches were punctuated by slogans. Perhaps the most telling epigram of all was a three-word koan that Jobs scrawled on an easel in January 1983, when the project [the release of the first Mac] was months overdue. REAL ARTISTS SHIP. It was an awesome encapsulation of the ground rules in the age of technological expression… One’s creation, quite simply, did not exist as art if it was not out there, available for consumption, doing well… once you get the computers into people’s homes, you have penetrated their minds. At that point all the clever design decisions you made, all the tists and turns of the interface, the subtle dance of mode and modeless, the menu bars and trash cans and mouse buttons and everything else inside and outside your creation, becomes part of people’s lives, transforms their working habits, permeates their approach to their labor, and ultimately, their lives.

The first time I heard it I thought it was brilliant. After I’ve worn it for a while, I believe it’s not only brilliant – it’s also completely true. No matter how artistic we are, no matter how many ideas we may have, if we aren’t shipping those out to make a difference, change the world, whatever… then those creative things which we claim to love just stay stuck in our imaginations. And while our imaginations are  fun places to visit, the only person that gets to visit them on a consistent basis is the owner. That’s it.

The point is simply that if you’re going to claim the role of an artist, then you have to ship. I don’t ship as much as I should – but I’m working on it. Is shipping scary? Absolutely. Once we ship we can no longer obsess or dream about what it might be. And then comes the fear of our dream failing and falling miserably short of what we envisioned. But if we don’t ship, then it just stays a dream. Real art is shipped and shared.

Be encouraged this week to stop storing up your creativity for a rainy day and begin sending it out to the masses. Even if you fail miserably, at least you shipped it out. This often used quote says it like this: Ships in harbor are safe. But that’s not what ships are for.