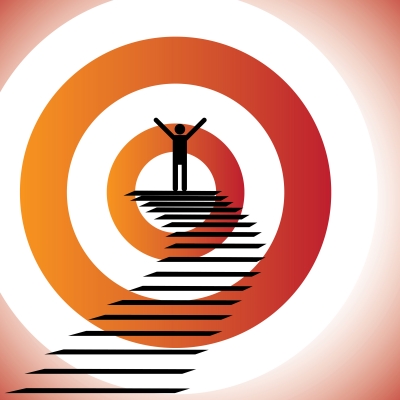 A couple of nights ago over dinner I casually mentioned to my kids that the summer bedtime hours are going to come to an end soon. This was immediately met with resistance. “What!?! We’re getting older. We should be allowed to stay up later this school year. Can’t we just start going to bed earlier right  when school starts?”

Those of you who read my blog and are parents know the parameters of this conversation. If we let our kids stay up too late then the task of prying them from their beds the next morning is like waking a hibernating bear. Once you’ve poked the bear from its slumber, the hard part is now the bear. Thankfully my kids can’t cleave me in two, at least not yet. -)

The other truth at play here is that routines take time. If I don’t allow time for the kids to recalibrate their sleeping schedules then that first week of school will be icky – for the entire family.

This reminded me of a quote from Leo Babauta, author and creator of zenhabits.net. He once wrote, One of the main problems people have with (a) productivity system, probably without knowing it, is that they are a series of habit changes that people attempt to undertake all at once.

Every school year from Jr. High to High School I would promise myself that ‘this’ was the semester I was going to study harder and become more organized. However, by early October I’d quickly succumb to the standard routine of procrastination and a general sense of disorganization. Years later I realized it was because I was trying to implement a bunch of changes all at once, instead of focusing on particular area/behavior/routine.

Here’s the challenge for this week. Focus on one area that needs your attention. With a new school year, ministry season, or perhaps just a reinvigorated determination to get more organized; be intentional about one thing instead of the usual ten.

If you’re looking for suggestions I have a list of tips from an At-A-Glance planner that I stuck on my bulletin board at work:

If you were successful at just one of these for a month then you will have created a new habit and then you could move on to the next goal. By the end of the semester you will have accumulated 4 or 5 habits instead of a series of changes that never evolved into habits because of feeling overwhelmed.

Give it a try and resist the temptation to do it all at once. It will require some patience, but you’ll be more successful in the long run.