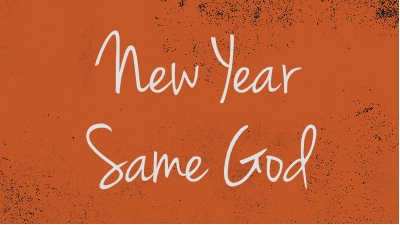 After a brief two-week hiatus from blogging I’m back to report that I have absolutely nothing new to report on my blogging intentions for 2014. I really wanted to focus on 52 weeks to a better you or something along those lines. However, there are several sites devoted to that very topic. In addition the past two weeks have been incredibly busy at the church and, in sheer honesty, I simply haven’t carved out the time for personal blogging. Priorities.

Yet, I don’t want daveplemons.com to languish away so one of the things Kristen encouraged me to do was to actually post some pictures in 2014. Last night she said, “You take these pictures and they simply sit on your hard drive.” Good point. This week is not one of those weeks – but some pictures shall be posted at some point.

The other thing I’m excited about is the possibility of writing and recording new music in 2014. It’s way too early to reveal anything yet, but hopefully by the end of 2014 there will some new music that I’ll play (pun intended) a part in creating. Fun stuff.

I do have a brief devotional thought I’d like to share for those of you who stop by here on a regular basis. It’s this: New Year, Same God. Over the past month I’ve seen so many ads with the slogan, “New Year, New You.” In fact, last year around this time I put up a post with that very title. It’s catchy. Yet, I was walking out of the store last week and after seeing yet another “New Year, New You” I suddenly had the thought, “New Year, Same God.”

I get incredibly stoked with New Year possibilities. There is just something about being able to mark January 1st as the day you commit to a new endeavor. I’m nearly a month into my plan to read the Bible in a year and so far so good. On the other hand, I’m also stupendously prone to letting the past sucker-punch me when I least expect it. Something completely unexpected can toss me into an unhelpful spin-out of past regrets and failures.

So, as January comes to a close, you may have already blown your New Year’s resolutions. Or, the thing that you hoped would be different in 2014 has already been more disappointing that you could have imagined. Take heart. New Year, Same God. The God who never changes, who is slow to anger and filled with unfailing love, forgiving every kind of sin and rebellion. Numbers 14:18

It gives me great peace to know that even though there are things in 2014 that I wish I could change, our God is an unchanging foundation that we can stake our everything on. He is good, faithful, just, and His mercies never cease (Lamentations 3:22). May the veracity of God’s unchanging goodness give us deep hope and encouragement as we forge ahead into 2014.