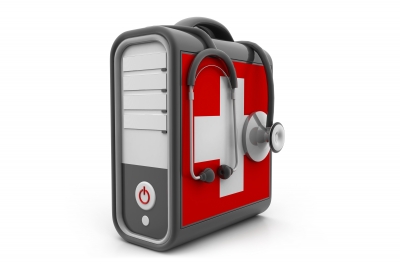 One of the hats I wear at my job is technology coordinator. We contract with a couple of fantastic companies to keep things rolling and sustainable but I’m typically the first contact when it comes to our IT. Because of this designation I’ll occasionally have someone ask me to take a look at their personal computer when it’s not performing as expected.

Last week I received an email from an individual who has been in the computer industry for years. She mentioned that her Windows laptop was displaying a lot of popups and was running very slow. When I fired up her laptop and ran some initial tests I quickly discovered that her Windows installation was riddled with viruses. This isn’t just an inconvenience. Some viruses silently install key loggers which capture every key press and send that information to parties who, quite frankly, don’t have your best interests in mind. Keep in mind, the individual who contacted me has had years of working with PC’s. She inadvertently clicked and installed the wrong thing (a fake Anti-virus warning) and that was all it took. After running several anti-malware tools I was able to get her up and running again. However, not only was it time-consuming, there is also the major issue of security and what sort of information was possibly sent during the infections.

I thought I would use my weekly post to highlight some dos and don’ts and other helpful tips for those of you who visit here an a regular basis. This information is available all over the web. But, as I often type, you’re here so let’s get to work.

Before I delve into some tips I will first and foremost state that nearly all of this applies to Windows users. I’m not necessarily hating on Windows. I have a Windows box that I frequently use for certain programs and a few games that I play when I get the chance (which isn’t very often these days). At this stage in the tech world Mac and Linux users don’t have to deal with these sorts of virus issues. This may not always be the case. In my opinion I think Mac and Linux installations are generally more secure. However, the other reality is that virus writers are going to focus their attention on the biggest payload. Windows is still, by far, the world’s most popular operating system. This could change in the future but for now Mac and Linux users don’t have to deal with wide-spread malware. Bottom line: if you want to run Windows you have to make a plan to avoid viruses. Okay, here we go, some helpful Windows safety tips in no particular order.

I’ve read tons of reviews over my computing history when it comes to anti-virus software. Every couple of years I install a different solution because it’s more highly rated. And, even though there are some great free anti-virus offerings, I’m a firm believer that it’s always best to purchase. You receive better customer support, higher detection rates, and a more comprehensive solution. I know… when you read reviews someone will say, “I’ve used xyz free anti-virus and I’ve never had any problems.” I believe them – I really do. Yet, time and time again it’s been my personal experience that spending forty dollars a year is worth it for my time and peace of mind.

Look at it this way, a computer isn’t an investment. It’s a tool. It’s sort of like your car. You have to get your oil changed every 3000 miles. If you don’t change your oil it will be far more expensive when you’re replacing an engine. I just spent more money than I wanted to on tires. Yuck. Same deal applies here. If you are going to use Windows and be on the Internet then it’s worth it to spend the extra bucks on good anti-virus software that will likely save you money down the line.

YMMV may vary but I recommend Webroot Secure Anywhere 2014, Norton Anti-virus 2014, or BitDefender Anti-virus Plus 2014. You just need to install one. I’m running Webroot and it’s been great so far. Also, check around to get the best price. You’ll often find it is cheaper than buying it directly from the company.

Each of these will require a yearly subscription fee. The first year is included in the initial purchase price. You can often buy more than one year at the time of purchase but I go a year at a time in case a better solution is released in the next year. That’s my personal preference though. Just pay it and make sure it doesn’t expire. Think car oil change. The problems I ran into with the above computer was because her anti-virus subscription had expired.

2. Never click on an unrecognized pop-up informing you of an infection

Virus writers have become incredibly intelligent on how to trick you to install their yuck-ware. You think this pop-up is legitimate because it looks so legitimate (it really does). What you are really doing when you click that box is that you are giving permission for them to install their malware. Then, they ask you to pay them $59.99 to get rid of the infection but it’s all a scam. That $59.99 funds their endeavor to write more advanced viruses and doesn’t get rid of anything. In addition, many of these unscrupulous programs create “open doors” for other nasty software to install itself. It really is insidious.

If you think you have a virus infection then load up the anti-virus you know you installed and let it run a scan. Never trust a pop-up or window, especially one you don’t recognize, to inform you of an infection.

We live in a password world. Instead of trying to remember all of those passwords trust some software to do it for you. Don’t use the same password for every website. If that password is discovered then an attacker would have access to everything. Scary stuff.

I’m a big fan of LastPass. It’s a cloud based solution that works with both Chrome and Firefox to store your passwords in an encrypted database that you unlock with one master password. Don’t use dictionary words for your master password, include at least one capital letter and one number, more than eight characters, etc… The great thing about LastPass is that it will autofill your logins and passwords which is a huge time saver (as well as being far more secure).

I suppose one question would be, “What happens if LastPass ever gets hacked?” It doesn’t seem likely but anything is possible. One solution would be to store all of your social media and/or email credentials in the cloud and keep your financial credentials in an encrypted file on your computer. I’ve used Keepass to accomplish this for years and I like the extra layer of security knowing that my encrypted financial information database is not in the cloud.

LastPass and Keepass are both free (as of this writing).

Finally, nothing is completely foolproof. The recent Target breech is a perfect example. Yet, we can be diligent in Internet safety and become as secure as possible with the tools available to us.

If you have any questions feel free to ask in the comments or use the Contact link in the menu.