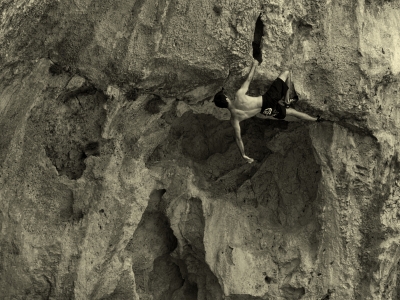 It’s no secret that I’m a big fan of David Allen’s book, Getting Things Done. Out of all the productivity books and articles I’ve read (and I’m a productivity junkie) I’ve found David’s book has been one of the most influential in creating a process that leads to better organizational skills and increased productivity. I don’t think it’s possible to overstate the influence Getting Things Done has had on the entire time-management industry.

Here’s the flip-side of GTD though… It’s a system that lends itself to fiddling. There are an enormous amount of digital and analog systems that promise to make you more organized by providing the best tool to help you implement GTD in your life. There are thousands of comments in hundreds of forums that are completely and entirely devoted to discussing how to best implement GTD (or some variant of GTD).

-You aren’t really Getting Anything Done. Or, NGD (Nothing Gets Done)-

The antonym to this symptomatic malady that seems to infect a large majority of GTD users (or anyone addicted to simply discussing time-management) is Gritting Things Done. Yep. Grit.

I love how psychologist Angela Duckworth defines grit: perseverance and passion for long-term goals. Grit is being passionate about what it is you want to accomplish but also being willing to show up every day and crank out the tasks to make it happen. It’s doing the work, even when it’s hard, even when no one else notices. It’s planting seeds and watering them even when there is absolutely no sign of growth.

So next time you’re, I mean, I’m tempted to read about effectiveness I also need to check and make sure I’m still ‘Gritting’ Things Done.

There is no substitute for hard work. – Thomas Edision